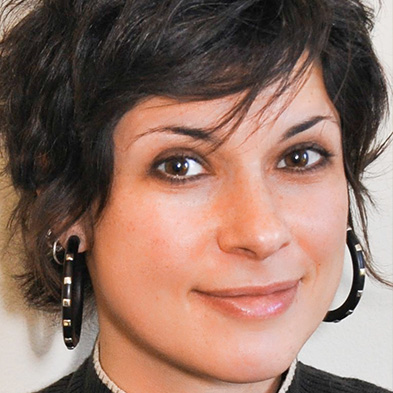 Julie leads HSRI’s Aging and Disabilities team. A seasoned researcher, methodologist, and statistician, Julie is passionate about improving service provision and outcomes in public health. In addition to extensive knowledge of the fields of developmental disabilities, aging, outcome research and healthcare quality, she has first-hand experience as a direct support professional and a strong belief that long-term services and supports (LTSS) can and should be person-centered while remaining cost-effective. To this end, she is particularly interested in consumer-reported outcomes of LTSS.

Julie serves as HSRI’s Director of the National Core Indicators for Aging and Disabilities (NCI-AD), which measures the performance of programs for seniors and older adults with physical disabilities. She also serves as the lead methodologist for both NCI-AD and NCI, as well as related projects. During her tenure at HSRI, she has also provided analytic and methodological guidance and expertise to numerous states, assisting in their efforts to redesign their IDD service systems.

Julie is proficient in the Russian language and the art and science of mushroom hunting. She enjoys spending time with her rescue pit bull Kirby, who is an intermittent visitor to the HSRI offices and will occasionally take part in team meetings.